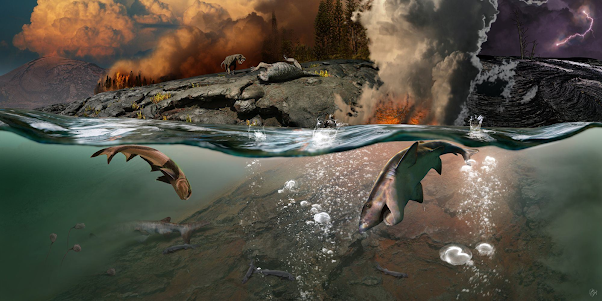 ..after the first wave of Covid and before the next. Now in late April 2022, life appears normal again. Except it's far from that.

The world which had stood still for so long has caught up, at speed, with its back log of wars, inflation, inequalities, and extinctions. If the covid pandemic filled you with dread and insecurity our present state of affairs isn't helping.

I'm worried about the quality of the West's politicians and the state of our institutions. There's a general unease about that our leaders are not up to the task of dealing with the problems we are faced with.

The problems we confront are due, in part, to the West's own making. Ukraine - the West's lack of understanding or effort to understand what drives Putin. Despite years of evidence that Russia is a gangster state - run by a clique with little or no concern for freedoms or rights of its people - much of Europe has willingly be taken hostage by Putin's petrochemical regime. Now we find cheap energy comes at a huge cost.

Not just the West but much of the world has exported its heavy industry and manufacturing base to China. Suddenly we've woken up to the fact that not only does China fabricate much of what the West uses, it and Russia sit on massive reserves of those precious metals that are the bedrock of our technology. We might be able to reshore our manufacturing capacity, but it'll be of little use if we don't have access to those critical materials and minerals. China has over the years been developing its domestic market - it may not want to export those precious metals to the West - rather use them to power its home market.

I won't mention environment issues: the choice seems to be between a slow roasting or a cataclysmic breakdown leading to continent wide forest fires, massive methane spike from unfrozen permafrost, drowned coastal cities, and uncontrollable migration due to flooding, famine, drought, and war.

Then there's the obscenity of wealth. How much money do you need to live a contented life? Does an extra million, billion, trillion add to life's quality? What is clear is that not having enough to properly feed, clothe, house, and educate people is a recipe for misery, endless struggle...resentment...agitation...rebellion...followed by ruthless crackdown by those elites who have most of a nation's wealth.

America is angry, the UK is angry, India is angry: I suspect both China and Russia are angry under the heel of the jackboot. If you have a God, I suspect, he is also angry. He gave us this paradise filled with beauty and an amazing diversity of living sentient beings - loved equally by your God and he is witnessing the start of the greatest extinction since the Permian.

Not brought about by tectonic plate movements, huge volcanic upwellings but by a shortsighted, arrogant, greedy being created in your God's own image. He must be spitting Hell Fire.